Marina Bay BARBARA AND JAY VINCENT PARK LAUNCH
Site 411:
Chris Beech This email address is being protected from spambots. You need JavaScript enabled to view it.

​Located in Richmond, Marina Bay can be a great place to kite when conditions are good. Generally speaking, Summer to Fall provide the best conditions with winds ranging from 10-30 knots mostly onshore. It is not a suitable location for beginners as a confined launch surrounded by rocks and turbulent winds create hazardous situations during launching and landing. Depending on the tides, water starting can be a bit tricky as your ability to get out in the water to start may be limited and starting requires sending the kite down over the rocks. As with many sites, if you for any reason doubt your confidence in safely launching and landing in a confined rocky area, handling your kite precisely, getting out on the water fast, and staying upwind, don't kite here! In addition, fishermen do frequent the small beach, so give them the right-of-way and all due courtesy. Above and along the small beach is a section of the Bay Trail which is frequented by joggers, walkers, families, and children. Ensure that your activity does not inadvertently involve them in any way. 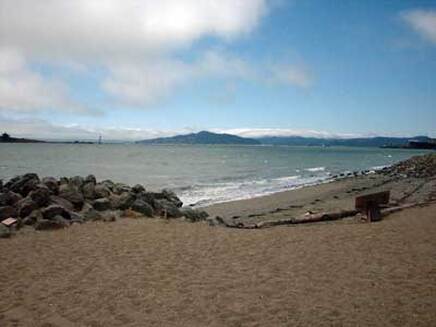 Launch on the grass in the park and walk over the hill to either the South-facing beach, the stairs, or the West-facing beach on the marina side (best on very low tides or very South winds). Weekends can be crowded with local non-kiters and many kids. Please always give them the right of way. Depending on the tides and wind direction, water starting can be a bit tricky, as your ability to get out in the water to start may be limited and starting requires sending the kite down over the rocks if going out on the South side. Once out on the water, you will need to decide if you are heading upwind toward the ships and the channel or out and around Brooks Island to the left, as the area in front of the launch is in the wind shadow of Brooks Island, resulting in weaker and often turbulent winds. Left and south of the island offer strong, steady wind and some nice ramps and chop all the way toward the Albany Bulb and Berkeley. Upwind into the channel requires some effort to get to, but can reward you with smooth water behind the sandbar and breakwater.

Protected Wildlife area:
If you do kite upwind to the channel, please do not encroach on the protected Tern/sea bird nesting grounds at the west end of the sand spit/breakwater. There is a sign indicating the area asking for a 200’ clearance. The main body of Brooks Island is owned by EBRPD and they only allow access through request, so please do not walk on it for any reason as it could threaten access. There is a fence on the sandbar and access is allowed west of that fence if needed for some reason. It cannot be used for launching and landing kites, other than in emergencies.

Use caution for large freighters in the channel, they have right of way and are very limited in maneuverability as they are under tug control
in the channel. If the fog comes rolling in, conditions can quickly become very gusty and turbulent so be aware. Also if you become overpowered, you may want to consider two other and safer landing options depending on where you are, rather than attempting to come in at the main beach launch. If you have been kiting upwind, you may want to consider coming in at the upper beach on the other side of the breakwater jetty as the beach is much larger, or if you are downwind there is an even larger beach at the east end after the end of the rock. As with many locations, consider all the hazards and conditions and what your plan will be if you become overpowered or experience equipment failure. Please use good judgment here, as in all spots. It is truly an intermediate+ launch and definitely not for beginners. South beaches have sand and mud but rocks in the water as well. Two paths have been somewhat cleared straight out from the stairs and at the East end of the beach. Marina side beach has mostly sand and just a few rocks in the corner closest to the rock jetty. You can expect temps from 50 to 70 degree holds the fog, so you can have fog throughout the summer. Definite need for 3-2 mm or 4-3 mm wetsuit, especially in the summer as it can top out at only 55 deg. 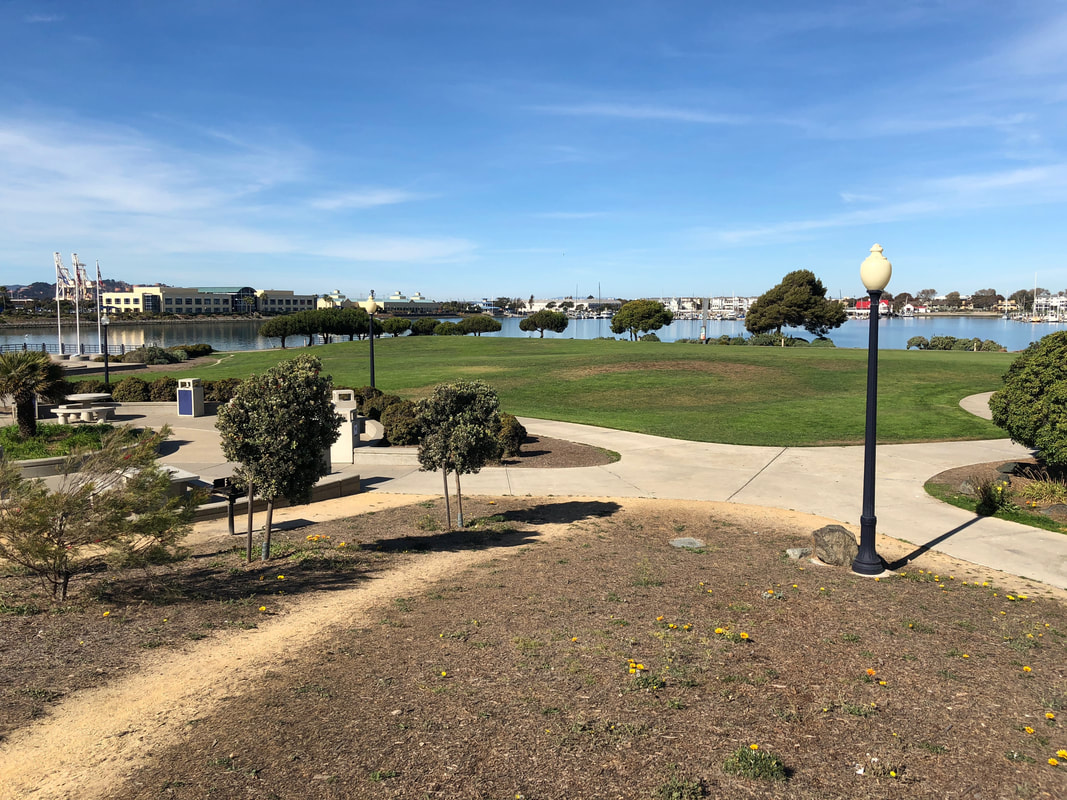 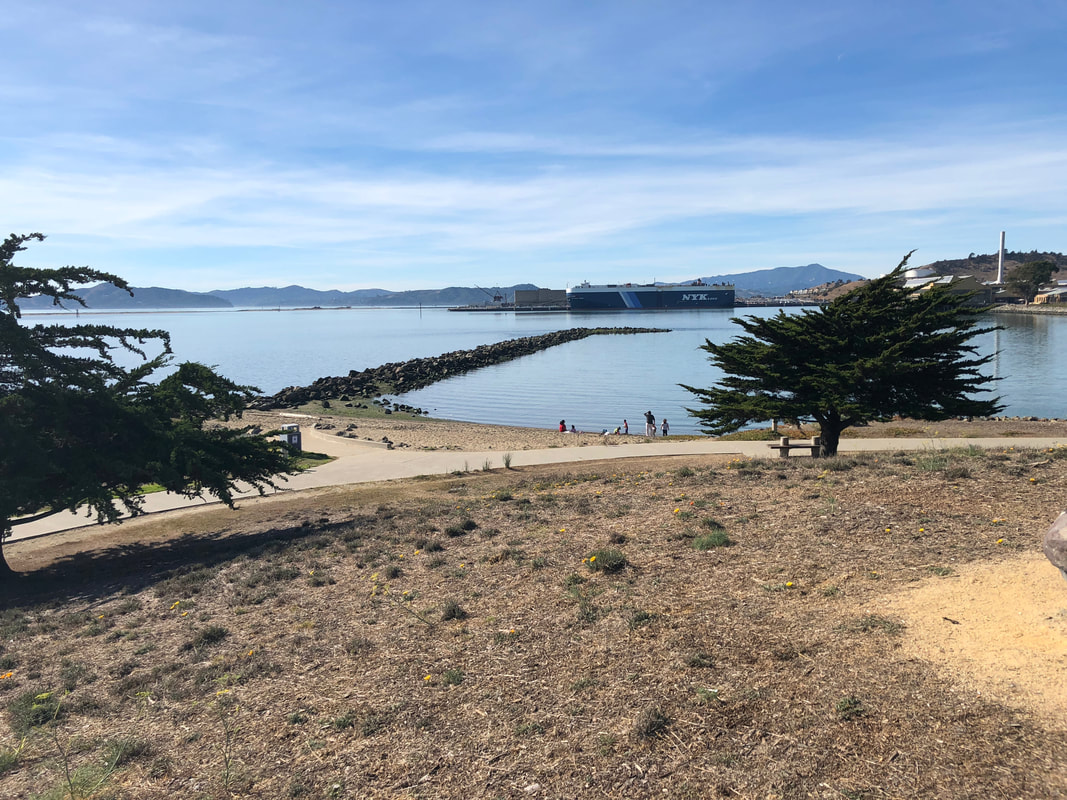